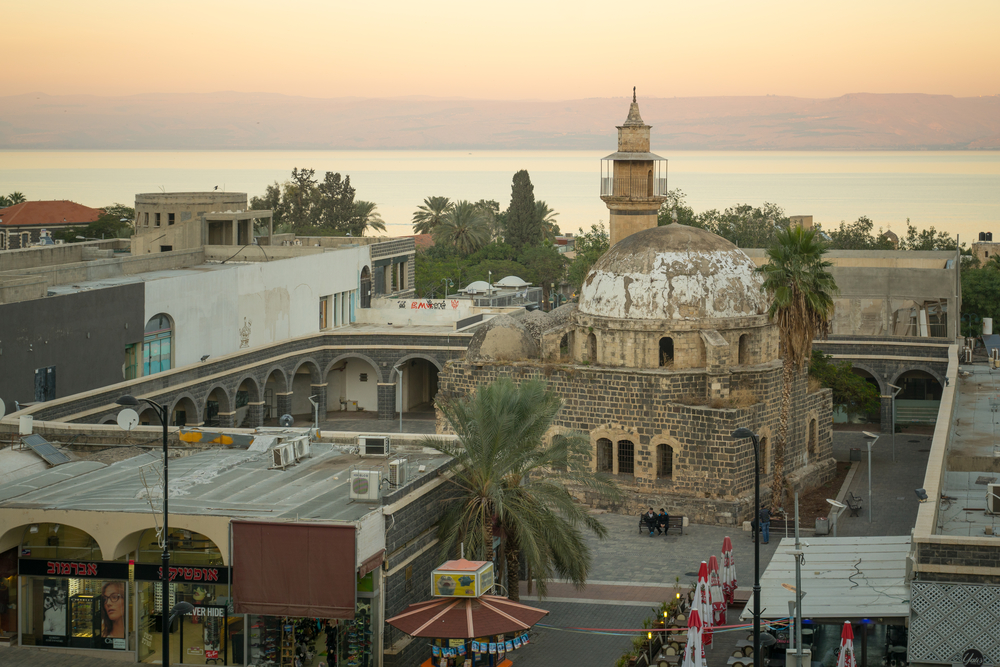 When you first arrive to Israel’s Tiberias, the first thing you think about is how many-faced this glorious old city of Israel. It’s a tourist resort that operates all year round, also he is one of the four Holy Jewish cities, and a spa resort, famous for its hot springs and therapeutic mud.

The walls of the houses are black basalt of deep antiquity, then white to the pain of the usual concrete color (this moment is even reflected in the official coat of arms of Tiberias, approved in 1957). The city of Tiberias (Tiberius) is located in the northeast of Israel in the historical area of Galilee and on the western shore of Lake Gennesaret.

Today the city of Tiberias is one of the main tourist centers in Israel. In this article we will meet the most famous attractions of Tiberias. 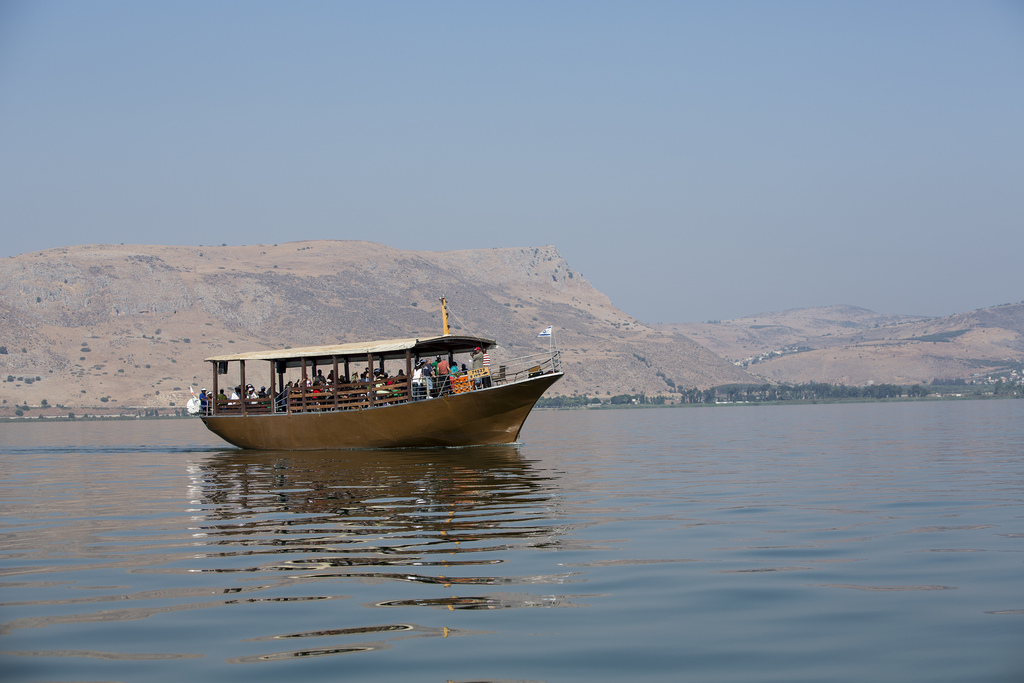 The main attraction of Tiberias is the local “Sea of Galilee” or Lake Tiberias or Lake of Gennesaret. This tectonic lake is remarkable because it is the lowest freshwater lake on the planet. Its coast is about 213 meters below sea level. Official data indicate a maximum depth of 45 meters, but you need to understand that the water level in the lake depends on the amount of rain and consumption by the population. The length of the Sea of Galilee at its greatest filling with water is 21 km, and the widest place is 13 km. Although the lake is freshwater, locals note some salty taste of water, perhaps remembering the biblical name of the reservoir – the Sea of Galilee. However, the Holy River flows out of the lake, the waters of which have no such taste. 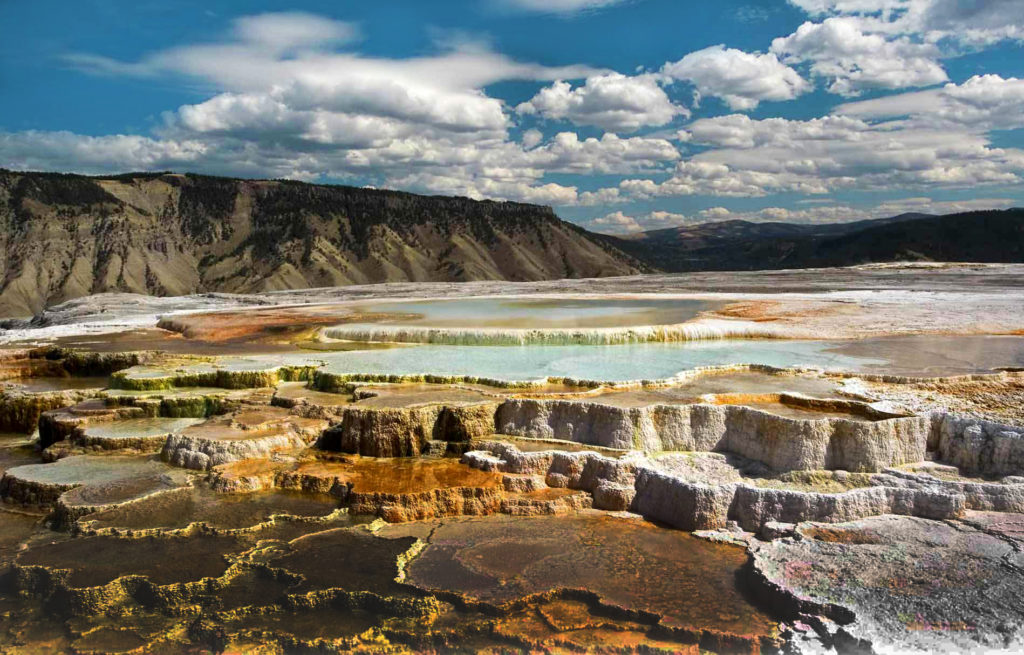 Walking along the southern part of Lake Tiberias, you simply can not pass by the next sight of Tiberias. It is the bathhouses of Hamei Tiberias. A very convenient location at the southern entrance to the city allows you to simultaneously enjoy both the Lake Tiberias and the Golan Heights. The geology of these places is a junction of two lithospheric plates, which allows the magma to seep into underground sources and heat them. The bathhouses operate on the basis of 17 geyser hot springs, which flows from the depth of about two kilometers. The water temperature in the source itself reaches 60-62 °C. Curative force of the water lies in minerals, which are raised from the depths of the earth. Furthermore, in combination with high temperature, the curative minerals solution becomes anti-inflammatory and soothing. A special pleasure in visiting hot baths can be found during the Israeli rainy and cold winters, when you want warmth and relaxation.

Leaving the hot baths of Hamey Tiberias, you just need to cross the road to find yourself in the Hamat Tiberias National Park. Once Hamat and Tiberias were very different cities, but due to historical events were united in the XI century AD. In Hebrew, “hom” means heat, thus the availability of thermal springs gave the name to this old and now non-existent city. If the name of Joseph Flavel does not seem unfamiliar to you, then you probably will be surprised to learn how he praised the Roman baths, the ruins of which form the Hamat Tiberias National Park. In addition to the Roman ruins of bathhouses, there are Turkish ruins of bathhouses, in which once King Solomon himself was soared.

The most interesting exhibit of the national park, as an open-air museum, is the mosaic floor of the synagogue destroyed in the 4th century AD. by an earthquake. The mosaic floor is divided into three sectors: South, North and Central. At the South, there are basically listed the names of patrons, on whose money a synagogue was built in the 3rd century AD. At the North, there the Ark of the Covenant is depicted, together with the temple attributes. The Central sector, although is a riddle. The experts are already puzzling over the Central sector not for one decade. In the central part of the mosaic, there is a Zodiac – a square inscribed in a square, divided into 12 sectors – signs, in the very center of which – the Sun God – Helios, and in the corners of the square – women embodying the seasons. All symbols are understandable and have a unique interpretation, except for the arrangement of the signs of the Zodiac, usually located clockwise, but on the mosaic – against. Several opinions were expressed explaining this riddle, but there still no consensus. 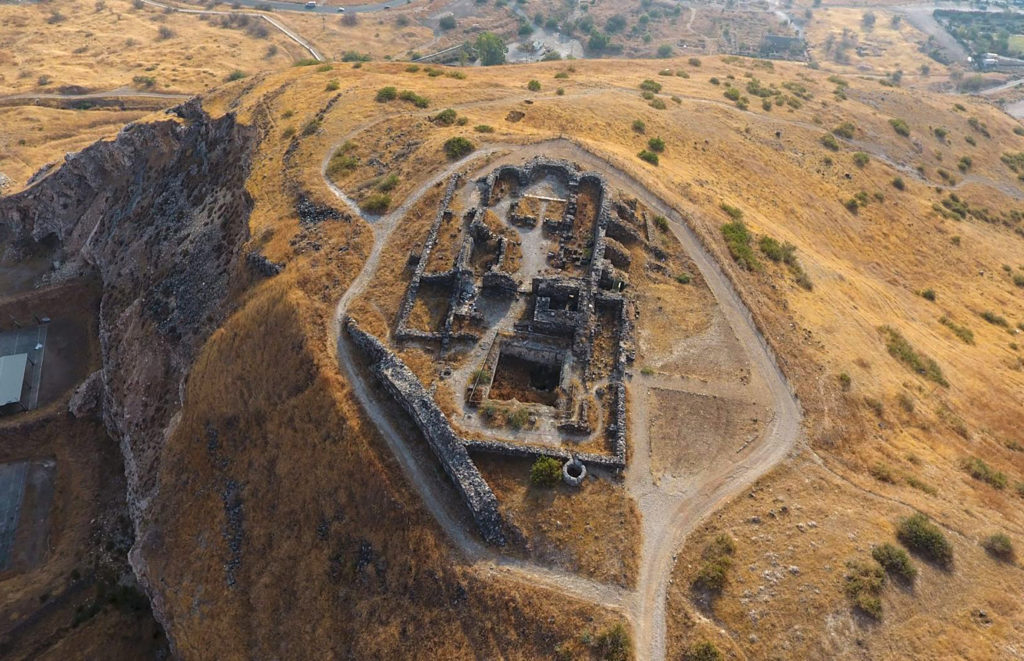 Continue your thoughts about the mystery of the ancient mosaic on the way to Mount Berenice. The height of the mountain is 200 meters, from the top of it a viewer can fully enjoy the beauty of Lake Tiberias. The road to the lake is so ancient that it was here before the construction of the city of Tiberias and connected the Lake Tiberias and the ports of the Mediterranean Sea with each other. Proof of this is an ancient masonry, still supporting some sections of the road. The name of the mountain, like any other name of local attractions, has an ancient and very fascinating history about the Jewish queen Berenice. On this mountain, researchers searched for the palace of this queen, but as a result, there was found a 500-kilogram black basalt monolith in the shape of an anchor. The origin of such an artifact in this place is another mystery of Tiberias which has not yet been solved. Anchor suggests that it was not without the deeds of the Holy Apostle Peter. The church which also was found on this mountain had been called the Anchor Church. 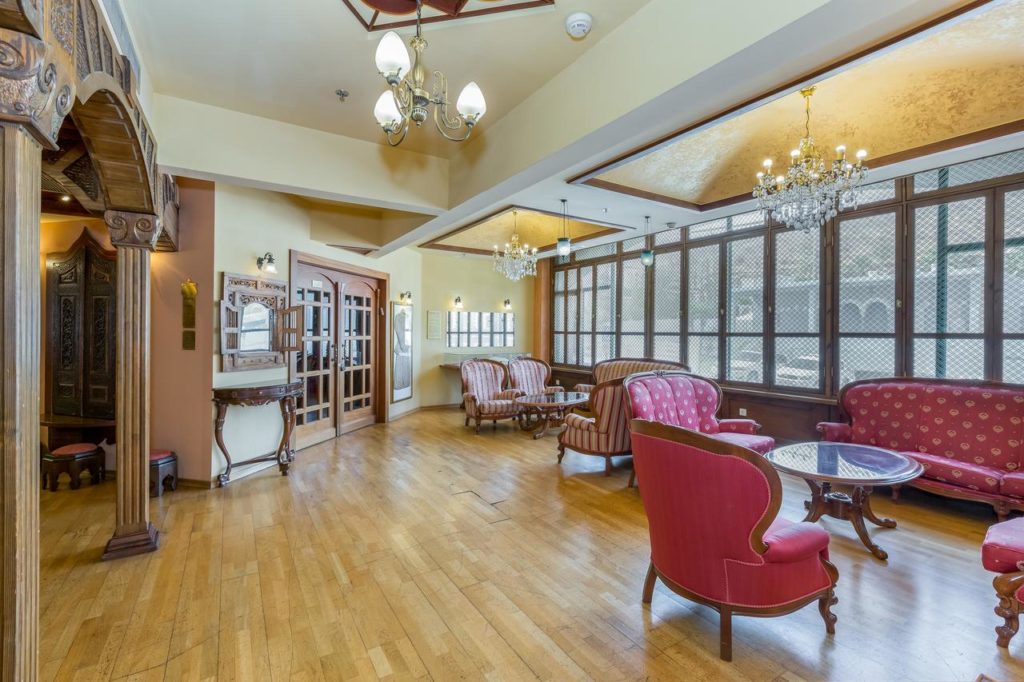 Tiberias is one of the main tourist centers of Israel, therefore there is no shortage of hostels and hotels, although this, of course, is not Haifa. Sometimes they are similar to each other, like new buildings in sleeping areas. But there is in the center of Tiberias such a world-famous hotel, which can not be confused with any other. And it becomes clear already at the entrance. The house of Donna Gracia is both a hotel and a museum. Here you can find both comfortable rooms and exhibition exhibits. Numerous positive reviews from both the Israelis themselves and foreign tourists make it possible to keep the prestige of the establishment at a high world level. Interior design of the hotel is made in the sixteenth century style, scrupulously recreating the spirit of that era to the smallest details. Both waiters and tour guides wear matching suits. The visitors themselves rarely sidestep. Dressing in clothes made in the Renaissance style and playing short scenes leaves a very pleasant feeling of touching the spirit of the past. 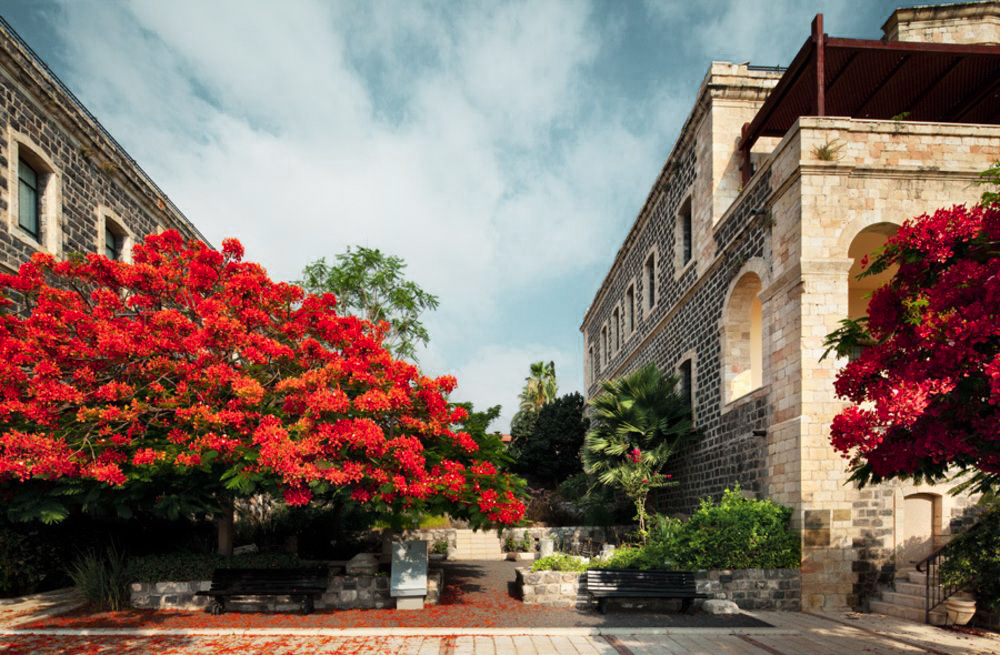 Leaving the lovely home of Donna Gracia, you can direct your way towards the Scottish hotel, especially since it’s within walking distance of Tiberias city center. The hotel is located in the building of the former city hospital. In the construction prevails a black stone – the basalt, which is traditional for the Old City. The age of the building has long exceeded a hundred years, but the hotel, restored by experienced specialists, looks dignified and solemn. The hotel meets all international standards for five stars and skillfully combines it with the atmosphere of the 19th century. The Scottish style of the interior is the idea of the Church of Scotland operating in Israel. This major project of transforming the building of inactive city hospital into a modern hotel was initialized in 1999 and completed by 2004. The hotel is divided into “old” and “new” parts. New – it is the rooms made in the style of today’s era. Old – the rooms, finished under the departed era, and located in two residential buildings that have remained since the existence of the clinic. 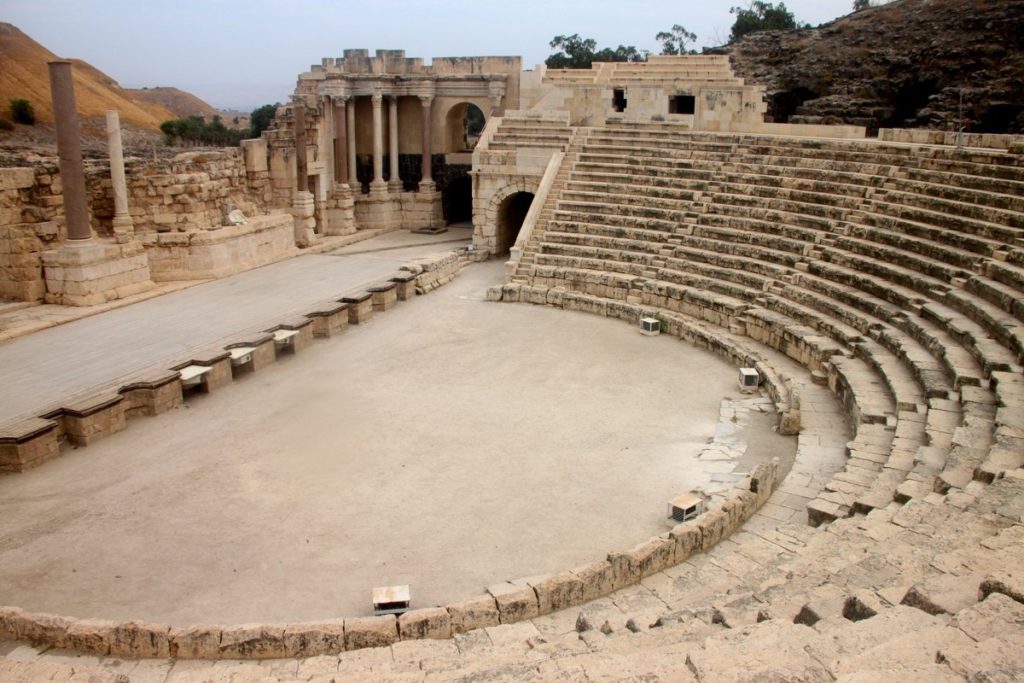 With such a huge historical potential, local authorities in 2009 initiated the creation of the Berko Archaeological Park. Work on clearing the territory and reconstructing the surviving objects continues today, but now it is possible to inspect some objects. The history of the amazing discovery of an object of high cultural value on a city dump is known to everyone who has heard about the archaeological park named after Lake Berkovich. Descending the mountains of Berenice at the very foot can be found this find – the Roman Theater. Unusual to the local color of silence and tranquility to a person this place may seem empty and even abandoned, but it is not. An inquisitive traveler will discover a small sign that does not disturb the sensation of touching the past, as well as an observation deck made on the same conditions. Tiberias is a Jewish city and has little to do with Roman culture. The presence in the city of the ruins of the ancient Roman theater speaks primarily about the loyalty of the ancient Jews to invasions from outside. 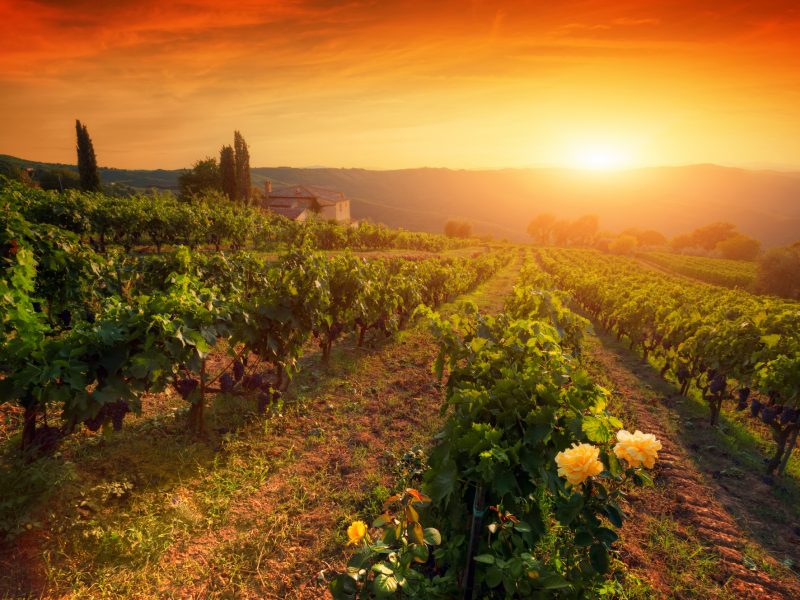 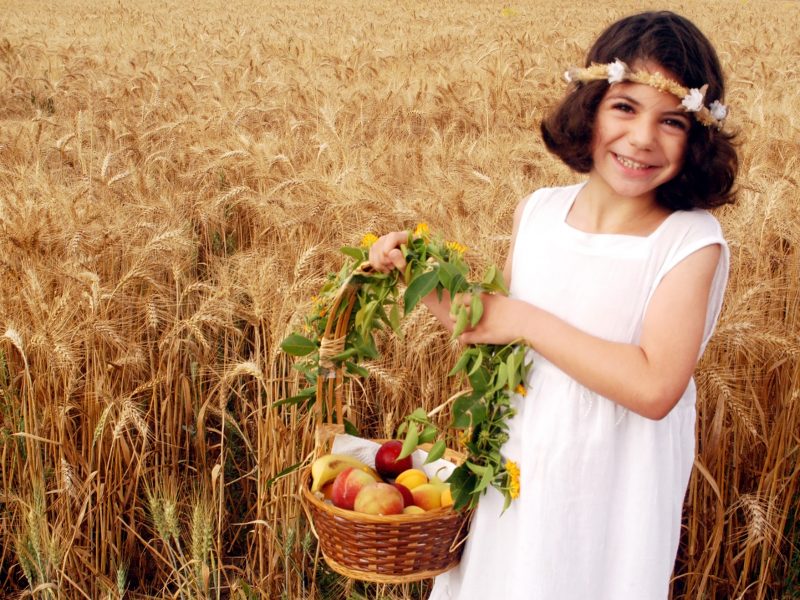