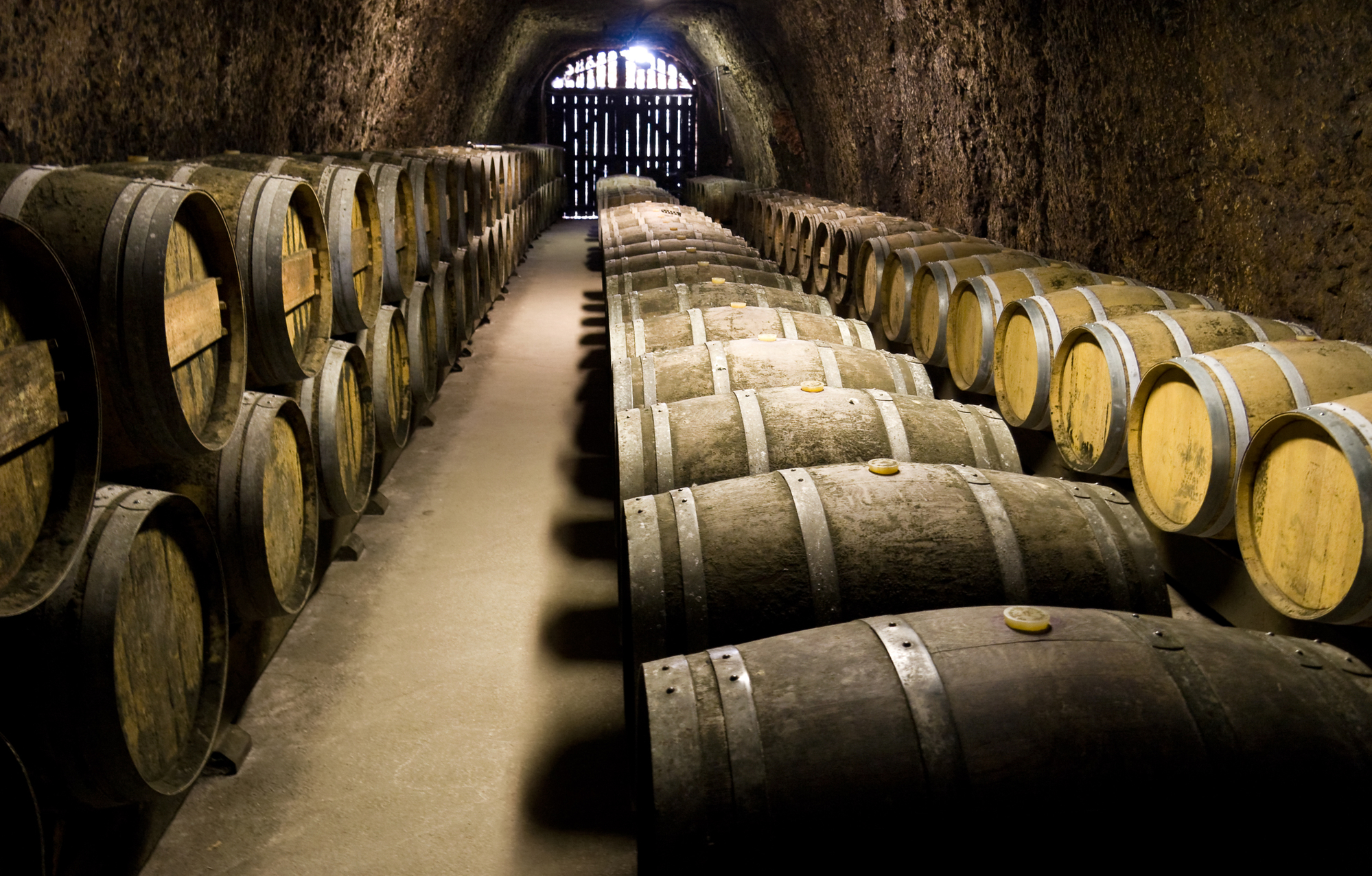 The History of Winemaking in France

The countdown of winemaking in France should be carried out from the 7th century BC, when the Greeks, the Phocians, founded Massalia, the current Marseille. They taught the local people the art of cutting vines and making wine.

Decisive role in the development of viticulture in the territory of Gaul still played its conquest by the Romans in the I century BC. Yesterday’s barbarians were surprisingly capable students, and soon the glory of Gallic wine crossed the Alps. The merry produce of the Gauls began to compete successfully with the wines of Italy, and the emperor Domitian, really worried by this, in 96, even ordered to cut down half of all the vines in the Gallic provinces. It was the Gauls who first began to use wooden barrels for transporting wine. They turned out to be more convenient than the usual amphoras and had an important advantage: aging in barrels improved the quality of some wines.

If southern neighbors endowed Gaul with a vine, as a result of the northern Germanic tribes in the 5th century, the Gallic vineyards were almost completely destroyed. In the role of the savior of winemaking the church acted – after all, ino it was necessary for communion. In addition, in the middle of the century, monasteries were a kind of hotels – and what an inn without wine! It monasteries contributed to the spread of wine to the very limits of the Christian world.

Feudal aristocracy also became interested in winemaking. The lover of wine was, for example, Charlemagne, who owned vineyards in the territory of present-day Burgundy.

The merchants also tried to keep up with the sovereigns, so vineyards arose around almost every city. In addition, the antiseptic properties of wine, so important during times of devastating epidemics, became known: the water was disinfected by adding wine to it.

The most important event for winemaking in the Middle Ages was the displacement of one of its main areas to the Atlantic coast. In the XIII century, in the vicinity of Bordeaux, many vineyards appeared, from which famous “clarets” were delivered to London by sea (in England, the Bordeaux wines are still called this way). Every year, in the fall and at Easter, caravans of ships laden with wine barrels sailed from Bordeaux to sailing. The significance of this sea route was so great that in England a barrel of wine was accepted as a unit for measuring the capacity of ships, and it was from its French name – tonneau – the modern “ton” originated.

In the winemaking of another famous region, Burgundy, the Cistercian monks, who founded Sito Abbey there in 1098, played a special role.

Monks consistently engaged in breeding, deduced new methods of trimming. The dukes of Burgundy, who appropriated the title of “seniors of the best Christian wines”, also contributed a lot to improving the quality. Thus, in 1395, Philip the Bold ordered the uprooting of the ordinary “game” on its lands and replacing it with the “pinot” variety.

Sometimes political facts also influenced the development of winemaking. The transfer of the papal residence to Avignon in the early 14th century, in particular, led to an increase in the demand for local Rhone wines, and vineyards around the city began to expand rapidly.

Since the end of the XVII century, in various wine-growing areas, more and more attention is paid to the quality of products. It is to this period that the first texts refer to the meaning of the aging of wine, and in Europe countries connoisseurs of aged wines appear. Under the influence of their tastes, there is a real revolution in the field of production and consumption – wine becomes a “cult object”. And no longer a church one …

With the development of biochemistry, a scientific approach to winemaking. At the beginning of the 19th century, J.-A. Chaptal, a prominent statesman under Napoleon I and a remarkable chemist. One of the operations used by winemakers (adding sugar to the wort) in his honor is called captalization.

The prosperity of winemaking contributed to the free trade policy pursued by Napoleon III. The trade treaties signed by him in the years 1860-1865 opened the way for wines of France to all the markets of Europe.

It seemed that French winemaking had entered a golden age. However, an unexpected attack broke out – diseases of grapes imported from the New World. The decline in yields caused by oidium and anthracnose, made the winegrowers alarmed. However, the antidote was found quickly: the processing of vines with sulfur solutions helped to end these diseases. A more serious enemy was the phylloxera, which appeared in 1863: the search for an effective means of fighting it took almost 40 years.

But the victory over Phylloxera almost turned into a new misfortune for France! A large number of high-yielding vineyards appeared, and this led to overproduction and falling wine prices. Winemakers went bankrupt, and anarchy reigned in the industry: very often wines were falsified, traders in the pursuit of profit appropriated the loudest products with non-standard products …

The situation became intolerable: the prestige of France as the leading winemaking power was put into question. And in 1905, the foundations of legislation governing the manufacture of high-quality wines were laid. In particular, clear boundaries were established for their production areas. The first step in this direction was the narrowing of the permitted champagne production zone in 1910-1911. This caused discontent among winemakers, and the army had to be used to restore calm.

In 1919, a law was passed, according to which the courts made decisions recognizing “rights to denominations by origin for wines produced in accordance with established honest local customs.” After 8 years, the requirements for the quality of the wine were tightened: everything was taken into account – from the type of the soil and the grape variety to the alcohol content and the method of cutting the vines. Finally, in 1935, a law was passed on the introduction of a system of controlled items by origin (appellations). He still determines the process of wine production in the best farms in the country. 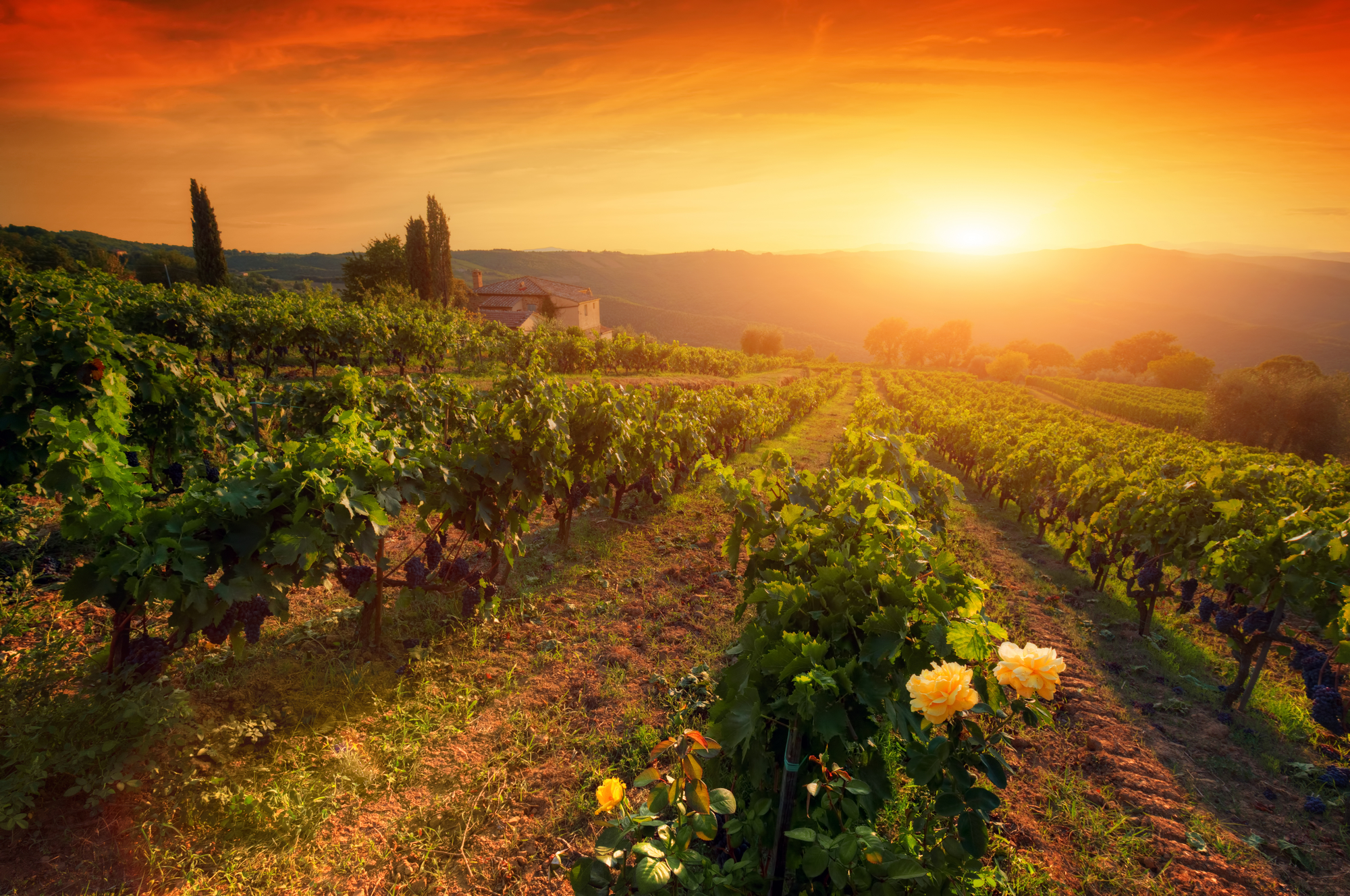 The culture of Italy is inextricably linked with wine. Nature had to create this amazing peninsula in the form of a glass to more accurately reflect the essence of ancient Enotria – the country of wine, as ancient Greeks called Italy.

Wise Horace admonished: “Do not plant any other tree, Var, until you plant a vine.”

And his advice was followed everywhere, gentle hills, mountain slopes, plains illuminated by the sun, blown by fresh winds, covered with vineyards throughout the country.

In Italy, there are 20 regions and each of them produces its own wine, which is distinguished by its diversity and dissimilarity, has its own character, sometimes characterized by obstinacy, sometimes tenderness. And how could it be otherwise, if in Italy there are about 400 grape varieties, moreover, everywhere there is a different microclimate, the soils and winemakers love creative approach to wine making.

Wine-making in Italy goes back thousands of years. In the II. BC. The Phoenicians brought to Sicily the noble Vitis Vinifera vine, the “wine-bearing vine.” From here, grapes spread throughout Italy.

The ancient Romans introduced the consumption of wine in the rule, making the wine a real popular drink.

Already at that time there were well-known Italian grape varieties such as Sangiovese and Trebiano, which are still the most common.

Conquering new territories, building cities, the first thing the Romans did was to lay the castrum, pave the way to Rome and plant a vine. Well, do not carry the same wine in the new provinces of Rome! Moreover, the problem of storage and transportation of wine in the ancient world was very serious.

Ancient wine was very different from the modern drink. It was a syrupy, very sweet and strongly alcoholic drink, which was diluted with water and honey and spices were added to achieve a pleasant aroma.

Horace, a great lover of wine, wrote that wine removes anxiety and anxiety, helps to reveal hidden feelings. Seneca echoed him, saying that wine has a beneficial effect on a person, heals from disease and sorrow. But all mentioned moderation in the use of wine.

The ancient Romans, peeping at the idea of ​​the conquered northern barbarians, began to use wooden barrels for storing and transporting wine. Experimentally found that oak barrels are best suited for this purpose due to tannins, in them not only wine is well preserved, but also acquires an additional flavor.

But with the fall of the Roman Empire, everything changed, and viticulture was in deep crisis. And only in the Middle Ages, thanks to the monks, the situation changed. Wine began to be made in monasteries – wine for the mass, using techniques that were followed up to the XVIII century.

The next stage in the development of winemaking in Italy was the Renaissance, affecting not only culture and art, but also wine production, the center of which moved to Tuscany. In the XIV century. Chianti wine was born, and the Jesuit monks began to produce Nobile di Montepulciano for church services. In the XVIII century. The first classification of wines was carried out: the Duke of Tuscany Cosimo III Medici limited the territory of production of Chianti Classico.

But to talk about the Italian style is still very early, as Italy as a single country does not exist.

Then there was a pan-European misfortune – phylloxera, which destroyed many vineyards. Many French winemakers lost their jobs and began to travel to wine-producing countries, offering their services for little money. And, as you know, France at that time was an advanced country in the field of winemaking. So in the XIX century. There were iconic and iconic Italian wines Barolo and Brunello di Montalcino.

In the 1960s the Italian government made a classification of wines, according to which, Italian wines were divided into four categories:

– IGT (Indicazione Geografica Tipica). Table wines with an indication of the place of growth of grapes.

– DOC (Denominazione di Origine Controllata). Wines of high category, appellations indicating the place where the grapes were grown and controlled by the state.

– DOCG (Denominazione di Origine Controllata e Garantita). The top tier of Italian wines, which are not only controlled by territory and are guaranteed for quality.

Since August 2009, a new European classification has entered into force, involving only three levels:

But Italian law allows the use of old category names, so many manufacturers are in no hurry to switch to new designations.

Italy is now the largest producer and exporter of wine, giving us the opportunity to enjoy wines and travel on wine roads.