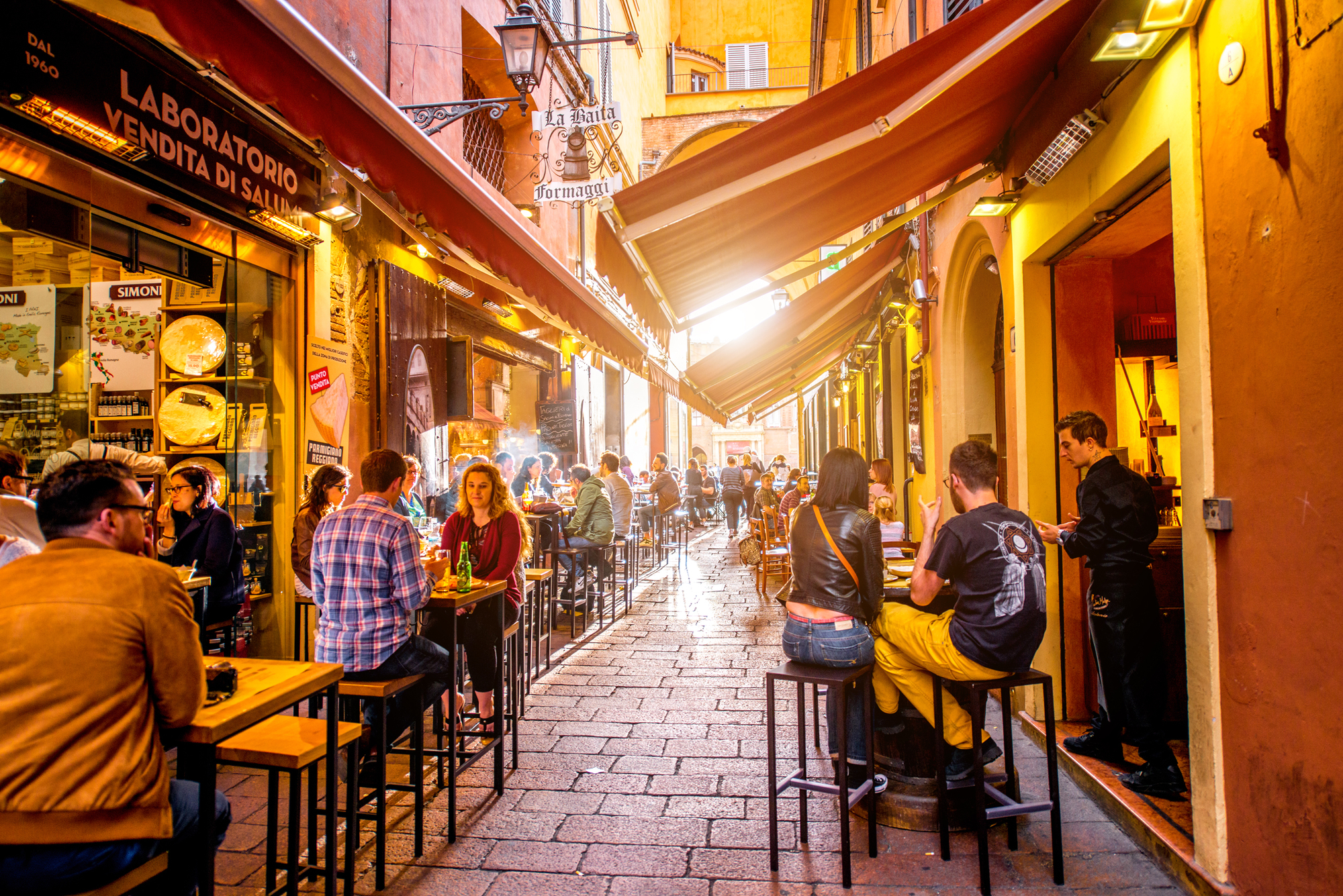 Features of the organization of independent gastronomic tours

Italy is a diverse country, where each region has its own unique features and unique character. This applies to both nature and culture, manifesting itself in a variety of forms. Cooking here on top. Gastronomic habits and traditions in different parts of Italy are very variable: it is often enough to travel several tens of kilometers to get from one culinary world to another. For example, Venetian cuisine is not at all the same as the cuisine of the mainland Veneto, and the culinary traditions of Bologna are markedly different from the Florentine tastes. There is nothing to say about the differences between Lombardy and, say, Campania, Lazio and Apulia, Sicily and Sardinia. All of them are not so similar to each other, that it is time to ask a question, and is it not about different countries? Therefore, it is amusing to read on all sorts of tourist portals and in countless blogs that, say, such and such a city is the gastronomic or culinary capital of Italy. There are at least two dozen such capitals in Italy (by the number of regions), and in each case we will have sufficiently weighty reasons to justify the capital.

In general, the soil for culinary and gastronomic tourism in Italy is very rich, and therefore it is not at all surprising that gastronomic tours in Italy are very popular among travelers from all over the world. In Russia, the corresponding programs are offered by a number of travel companies (interesting tours can be found, in particular, from Simpletravel; see here). It is only necessary to take into account that the pleasure is, as a rule, not cheap. However, if you are not very well oriented in the field of cooking or do not burn with the desire to think through every little thing, then a gastronomic tour organized by professionals is perhaps the ideal option.

However, here we are more interested in the possibilities of organizing independent travels. Let’s talk about this in more detail.

How to organize a gastronomic tour of Italy alone

In general, organizing an independent journey in Italy is quite simple. Buy air and railway tickets, book hotels, get a visa – is a simple matter. The most difficult thing in the case of gastroturas, in our opinion, is to draw up a travel program. What and where to try, what places (restaurants, wineries, agricultural enterprises, etc.) to visit, when it is better to go to one or another region of Italy to fully appreciate the advantages of local cuisine – these and many other questions will require you to be careful preparation.

However, here, for lack of time or desire to search for all the necessary information on your own, again, you can resort to outside help. To this end, it makes sense to look at sites like www.tripster.ru, where, among other things, there are excursions of a gastronomic orientation. For example, here you can find a good selection of culinary and gastronomic excursions in Rome and its environs, here is a tempting tour of Venice and its hidden back streets, and here is an interesting one-day tour of Apulia. Similar tours and walks can be booked in Florence, Naples, Verona, Turin and many other Italian cities.

But you can do otherwise. If you are interested in cooking as such, then surely you have at least some idea of ​​what attracts your attention. From this and push off. When planning a trip, refer to the tourist forums, blogs and reviews of tourists, the benefit is that in the case of Italy there is no shortage of information. As a result, you can make an approximate list of dishes, wines and products that you definitely need to try in a particular region. And then go to the free swimming – travel around the country, wander through the cities, alternating sessions of contemplation of the beautiful with a visit to the points of the public catering that you like along the way, and try, try, try. With this approach, of course, not only gastronomic discoveries, but also disappointments await you. But, comparing what and how they cook in different establishments, you can form your own idea of ​​Italian cuisine and its regional specialties. In the end, nothing is more valuable than personal experience. At the same time, it is not at all necessary to ignore the experience of other people. No one has canceled Google Maps and Tripadvisor – on these resources there are a lot of reviews about various institutions in all of the more or less noticeable cities in Italy. And, of course, before going to a particular restaurant, pizzeria, trattoria, etc., it is worth a while to read what is written about them.

In addition, do not forget about the existence of books and travel guides. Of them, too, can draw a lot of useful information. In Russian there is, for example, the book by Elena Kostyukovich “Food. Italian happiness “, which can be used as a gastronomic guide to Italy. (Essentially the same book, only in a slightly different layout, was previously published in two parts – “A Taste of Italian Happiness” and “Roads of Italian Happiness.”) There is a book by Andrei Bilzho “My Venice” – again, almost ready-made guidebook institutions of Venice. There is another literature.

Finally, you can focus on numerous gastronomic fairs and festivals. For example:

The list can be continued indefinitely. By and large, any cultural event in Italy, be it a city carnival or a celebration in honor of some saint, is accompanied by a fair of traditional local products: somewhere there is more, somewhere less, but it is always interesting and tasty.

We should also mention the organization Slow Food (see www.slowfood.com) and, in particular, the annual gastronomic feast Terra Madre Salone del Gusto held in Turin (in September). The organization’s website regularly publishes information about other events.

Also pay attention to the network of Eataly gastronomic centers (see www.eataly.net), conceptually combining a market where you can buy high-quality Italian products (cheeses, cold meats, seafood, etc., etc.), and a restaurant where you can taste dishes made from these highest quality products (which is remarkable, prices are not exorbitant). The geography of their presence is extensive and has long gone beyond the Apennine Peninsula. If we talk about Italy, the offices of Eataly are represented in the same Turin, as well as in Milan, Bologna (here in November 2017 a huge agro-gastronomic park FICO was opened – see www.eatalyworld.it), Florence, Rome, Bari and some other cities.