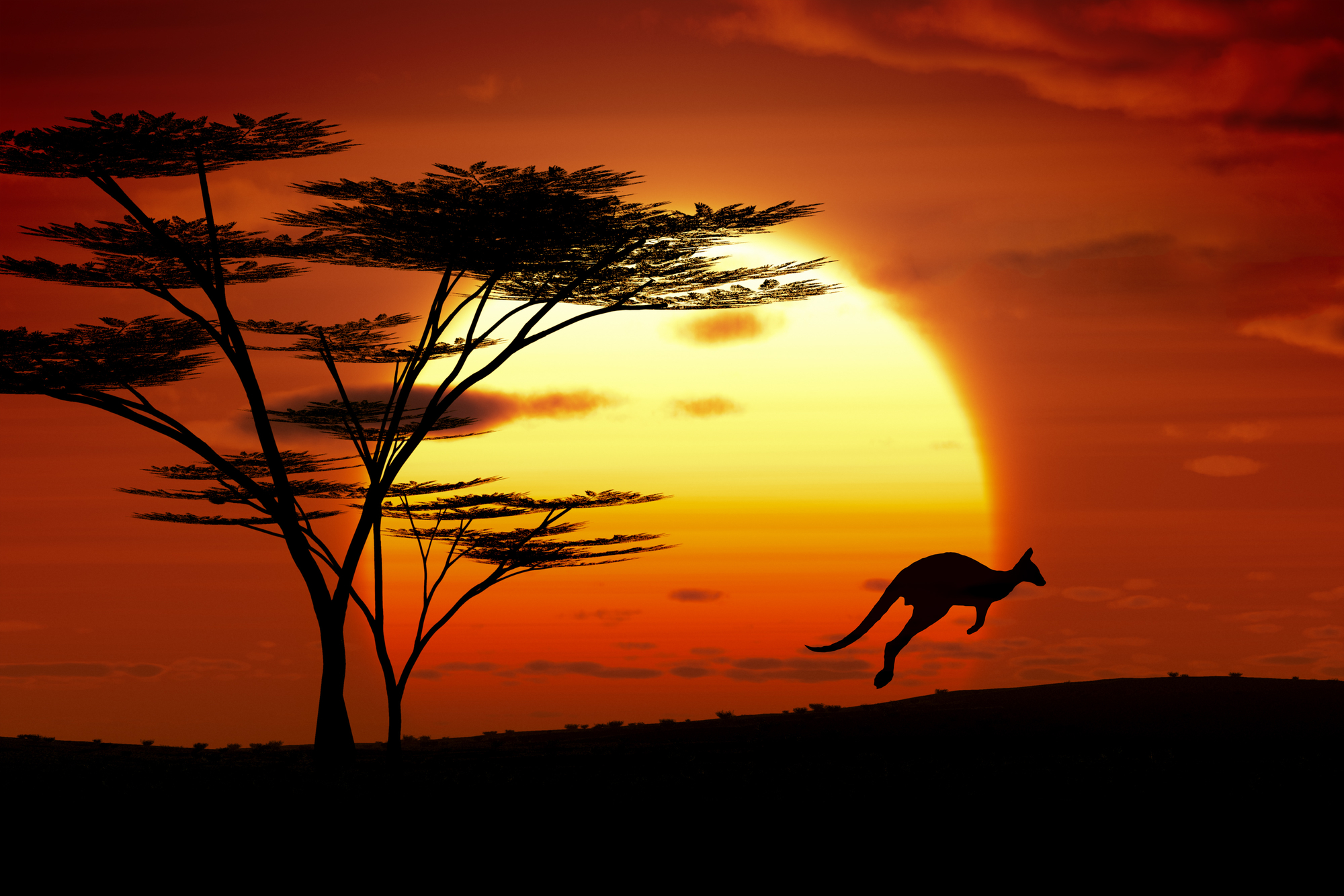 Farms and Farmers in Australia

A brief overview of the history of agriculture in Australia

In the first few decades after European settlers arrived in Australia, farms developed mainly around early settlements. These farms mainly raised grain crops (wheat) and raised sheep, which were originally brought from Europe.

Agriculture in the 1800s

The government encouraged research and development of new plots of land and provided material support to this cause, and in the 1800s, farmers and settlers gradually began to move inland and occupy vast areas for grazing and growing crops.

The creation of railways from the 1850s greatly facilitated the delivery of products from remote farms to the markets of large cities.

Huge areas, previously overgrown with forests and shrubs have now been cleared for pasture along the coast of Australia and inland.

The dry climate and poor soil of Australia first presented problems for farmers, but they quickly solved this problem, the solution was the production of high-quality wool. Wool has become the cornerstone of Australian agriculture, and Australia, as is often said, “went on the back of the sheep” during the first years of its economic development.

Still, the key problems for farmers in most parts of Australia were drought and the issue of irrigation. After the construction of irrigation systems, new agricultural methods became viable.

In 1900, wool and wheat still dominated Australian agriculture, but cattle rearing was becoming more widespread, helped by a rich market for grains, fruits, and vegetable crops.

First, most of the crops were grown in the Eastern States, but then, Western Australia became the main grain producer by 1905. The production of sugar beet in Queensland and the cultivation of grapes in the Riverline region of New South Wales were also well developed by the beginning of the 20th century.

In 1901, the population census revealed that approximately fourteen percent of the total Australian population is employed in agricultural industries.

During World War I, rabbits became the main enemy of Australian farmers. Rabbits spread north from Geelong in Victoria, and seriously reduced the productivity of Australian agriculture. Rabbit control is still the main problem for farmers and the government today.

Australia’s agriculture in the 20th century

In the 20th century, Australian agricultural production grew rapidly and produced a lot of products, which fully satisfied and even exceeded the needs of the Australian population. This increase in production has forced Australia to become one of the top food exporters in the world.

At the beginning of the 20th century, the Australian government provided assistance to Vermer and primary producers in order to communicate production, employment and exports. The government also increased duties on certain goods to discourage imports. Despite the enormous damage from the Great Depression and the two world wars, Australian agriculture continued to grow steadily in the first half of the 20th century.

The importance of agriculture in the Australian economy declined by the second half of the 20th century. Only three percent of the country’s population is now hired in agriculture. Government aid was reduced, and wool became a less important and valuable commodity. Farmers were forced to innovate and diversify in order to survive.

The Economic Importance of Agriculture in Australia

Agriculture is an important sector of the Australian economy that generates up to $ 39 billion in profits every year.

Although agricultural production is not as extensive as at its peak in the mid-1970s, farms still occupy about sixty percent of all land in Australia.

Farms in Australia have traditionally been family-owned firms that have passed from generation to generation. However, since the 1950s, international economic factors and changes in agriculture have led to the expediency of organizing large farms, which are more economically viable than small ones. The number of families engaged in farming has decreased, but the average farm size has increased.

Many modern farmers report that they are struggling to make a profit, and some of them have to admit that additional work from the farm adds income to the family budget.

Types of agriculture in Australia

Different types of agriculture are mainly concentrated in the areas that satisfy them best, depending on irrigation suitability and climatic conditions.

Livestock, mainly sheep and cattle, occupy most of the land in Australian agriculture. Sheep are found in New South Wales, Western Australia and Victoria.

Approximately ninety percent of all cattle are used to produce beef. Queensland and New South Wales are the main beef cattle producers in Australia.

Most dairy cattle nakoditsya in the southern regions of the country, mainly in Victoria.

The main harvest of sugar beet falls on Queensland and New South Wales.

Fruit cultivation is common in all Australian territories, as well as the cultivation of vegetables.

Drought and other effects of the Australian climate

One of Australia’s most famous poems, called “My Country,” by Dorothea McKellaire, contains the lines “land … rains, floods and droughts …” For many people, these are warnings about the difficulties that farmers face in Australia.

Australia is the driest inhabited continent in the world; only Antarctica has less precipitation. Large tracts of land everywhere in inland Australia are prone to drought, which can last for several years.

Irrigation is a very important factor in creating agriculture that is viable in the interior of the mainland. Extensive irrigation systems, such as the Snow Scheme, have been established so that water is brought into the country for agriculture. Water is also obtained by drilling wells and storing them in dams on farms.

Many cities and settlements in Australia have annual agricultural exhibitions. In these events, exhibitors representing rural producers, organizations and companies introduce people living in cities to rural life and agricultural production.

The Sydney Royal Esther Shoo is the largest annual agricultural exhibition in Australia, as well as The Royal Melbourne Shoo, are the most anticipated exhibitions of Victoria. Every year hundreds of thousands of people come to each of these exhibitions.

This is evidence that farms and rural societies continue to play a huge role in the life of Australia.

The importance of technology in Australian agriculture

Technology is having a huge impact on agriculture in Australia. Scientific and technological progress has helped make Australian farmers among the world’s leaders in efficiency and productivity.

During the 1800s, agriculture mainly used manual labor, along with horses and oxen. Today, a strong and technologically advanced machine replaced most of the labor of man and the labor of animals in agriculture.

Multi-Australian inventions and technological advances helped expand agriculture in the early twentieth century. Inventions such as the “jumping over the stump” plow, the combine and the “bush mower” helped farmers make the most of the wild Australian environment.

Irrigation advances, such as the discovery and use of groundwater from the Great Artesian Basin and the development of irrigation, have helped provide much-needed water to Australian farmers.

The effectiveness of Australian agriculture has also improved with scientific discoveries in genetics, irrigation and disease control. Drought-resistant varieties of cereal crops were developed. The animals had improved the quality of their meat and wool.

The discovery and introduction of new technologies remains vital for farmers to produce products of excellent quality at a low price. Farmers use satellite technology, discovering more efficient methods of delivering water to where it is needed.

Also in recent years, the use of information technology on farms has been increased. Now most farms have computers and Internet access.

Life on an Australian farm in the 21st century

Despite all the changes over the centuries in Australian agricultural production, today there is still a strong sense of tradition and pride among Australian farmers. While technological and economic factors have a huge impact on rural existence, many of the old-fashioned values ​​of agriculture are as strong as ever for Australian farming families.

Allan Gardy has been engaged in agriculture in the Wimmer area of ​​West Victoria since the 1950s. He and his wife, Pat, grow wheat and maintain a farm called the man, which Allan’s father handed to him. They also grow other crops, such as lentils, which are well suited to the dry conditions of Wimmera agriculture.

Like Australian farmers for decades in front of them, the Gardie family protects nature. Often the only thing separating a good year from a bad year is the good amount of precipitation at the right time.

While some of the tools and methods of agriculture have changed, others have remained the same as before. Allan is as proud of his working dogs as his high-tech farming equipment. An Australian farm dog is a tradition that has remained in modern agriculture because it is still a very effective way to guard and graze sheep and cattle. Working dogs are highly valued, but unlike most pet dogs, they are rarely allowed to stay in the house.

Like many other Australian farmers, the Hardy family is working hard. During harvest, work can continue even at night, using the lighting device on combines.

Despite hardship and hard work, the Gardy family is an active member of the farming community. They are always ready for communication when neighbors, family and friends drop in on them. They regularly play and chat at a local golf club. When Allan celebrated his 70th birthday at a local club, there were a lot of friends and their family members.

As in most farm families in Australia, when the children of Pat and Allan grew up, they began to leave the parents’ farm in the cities to find a prestigious and well-paid job. But their youngest son, Paul, has returned to the farm and is working with Allan now, successfully studying the art of agriculture. Pat and Allan are proud that their son will continue their family tradition of farm management. 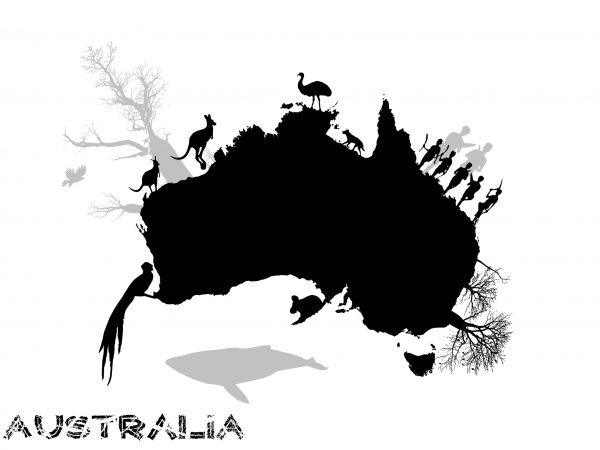 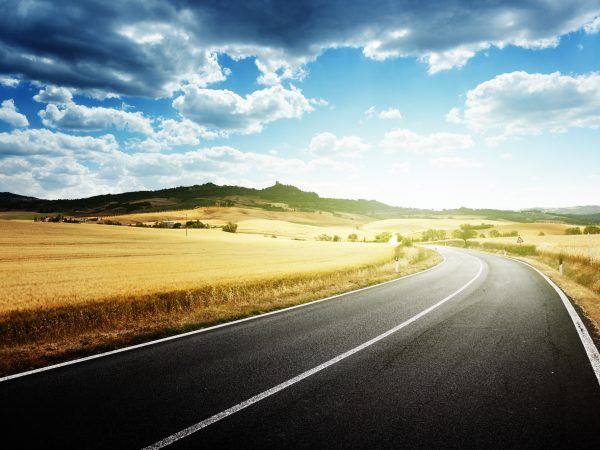 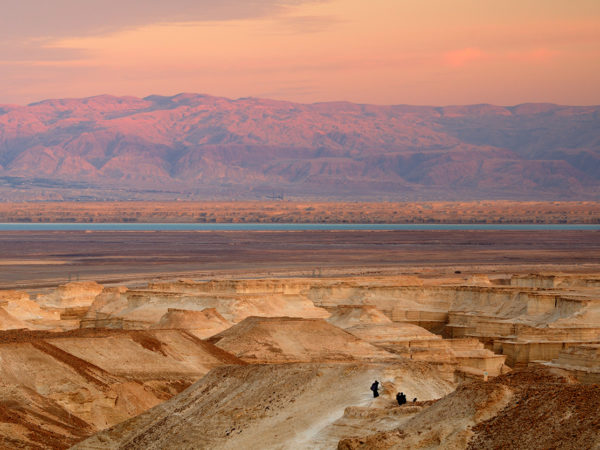 Best places to visit in the Judean Desert