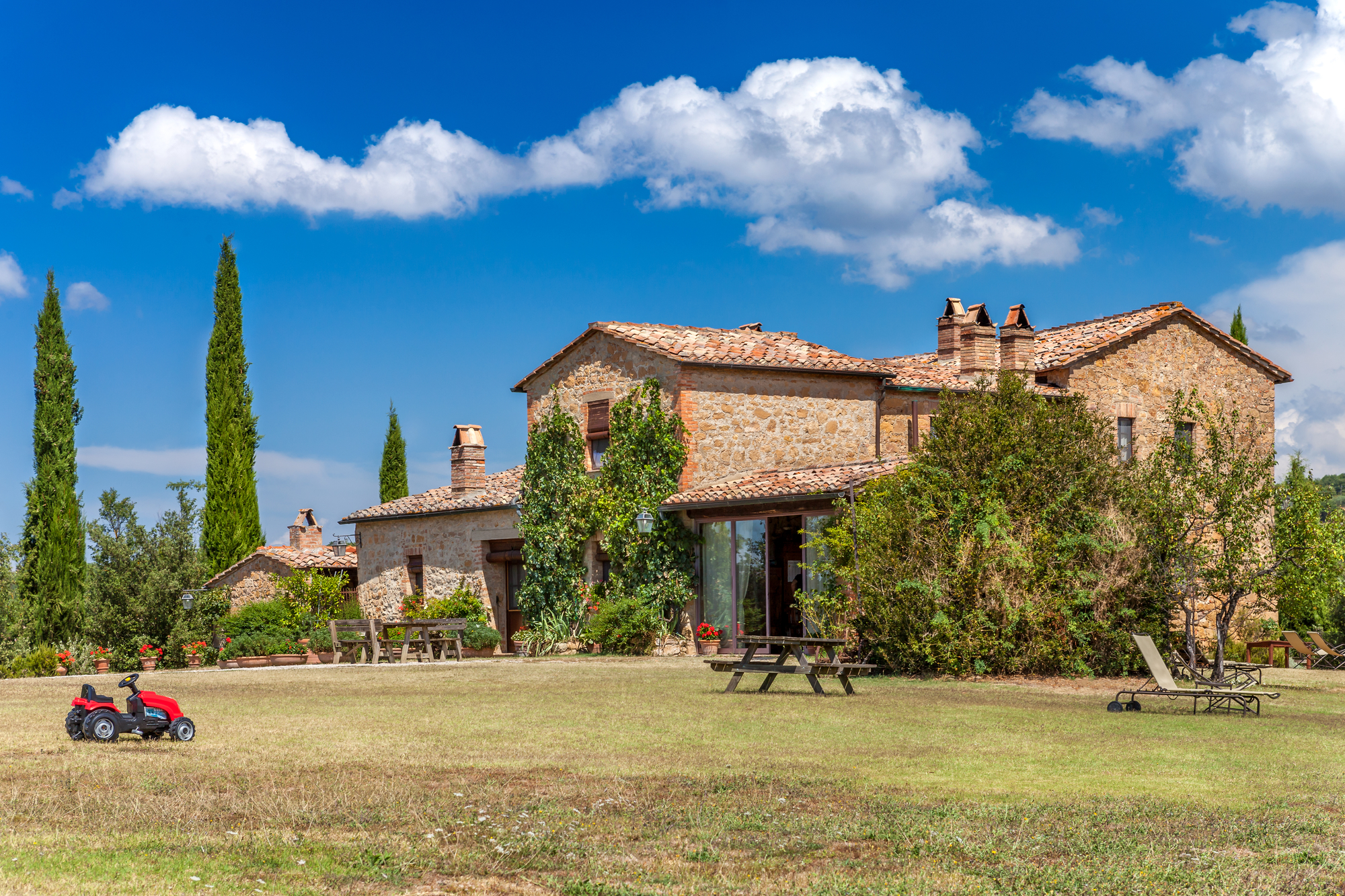 In addition to world-famous attractions, beautiful beaches and traditional cuisine, Italy is also famous for agritourism. In the cultivation of this type of recreation, Italy, along with France and Spain, is considered one of the recognized world leaders. And what other visiting format will allow to penetrate the Italian way of life and traditions better than a holiday in the countryside?

Throughout the year, over 10,000 Italian villas, farms and estates are ready to host agrotourists. Here you can ride horses, stroll through the fragrant flower fields, visit the vineyards and, of course, enjoy plenty of gastronomic delights.

The history of agrotourism in Italy

According to one of the local legends, a foreigner set up agrotourism in Italy, who went to live on an Italian farm in order to diversify his too calm and full life. The case was in the post-war period, when the Italian villages impoverished as a result of the Second World War were just beginning to “come to their senses”. The farmer who sheltered the eccentric foreigner was satisfied, having received a good reward for his labors. Stories about excellent rest, wonderful natural food and Italian hospitality quickly spread out of the country, and soon they began to travel to Italy not only for its rich architecture and history, but also to taste all the delights of the colorful village life.

Entrepreneurial Italians, seeing in this niche market, began to equip their homes and farms, to create all the conditions for a decent holiday visitors. By the 70s of the 20th century, agricols began to appear in the country — existing farms that, in addition to producing wine, olive oil and other products, provided rooms for tourists in their homes.

Since 1985, agritourism in Italy has received official recognition and government support. Some projects even provide special grants. In the countries of the European Union there is a decree, which clearly states the rules of doing business for farmers who want to provide their farms for agritourism. To get permission to engage in this type of business, Italian farmers are required to complete a special course, designed for a hundred hours. In the course of the training program, farmers acquire knowledge of the basics of law, management, accounting, sanitary and hygiene standards, etc.

Today, agritourism in Italy is an already formed market. Every year, about two million people come to farms and farmsteads, which gives a considerable profit to the country’s budget.

The most popular regions of Italy for agritourism

The first position in the list of the most popular regions for agro-tourism in Italy is rightfully occupied by Tuscany, where a quarter of the country’s agricultural chips are concentrated. Tuscany is a paradise for travelers. Her villages and small towns are saturated with the spirit of the Middle Ages.

In addition to the picturesque nature, olive groves and wine plantations, agrotourists have a great opportunity not only to taste the dishes for which Tuscany is famous, but also to learn how to cook them under the guidance of Tuscan hostesses.

In the Tuscan cuisine are widely used fish, flour and sausages, and, of course, a variety of vegetables. However, an essential element of Tuscan cuisine is olive oil, which is considered one of the best in the country, and also Florentine steak, which is made from bull meat marinated in olive oil with spices. In addition, Tuscany is also the land of winemakers. Therefore, agritourism in Tuscany without wine is simply unthinkable.

Together with Tuscany in popularity in agritourism there is another equally famous resort –Trentino (South Tyrol). The key to the popularity of this province is the fact that Trentino is one of the largest European centers of mountain and ski tourism with a well-developed infrastructure. Agritourism in Trentino is an explosive mixture of picturesque landscapes, mild climate, mountain “crystal air”, sights, wine and, of course, excellent Italian cuisine.

If you go to Trentino – be sure to try the local pizzocheri paste, made from buckwheat flour with potatoes and savoy cabbage, generously seasoned with cheeses and herbs. Beef tenderloin called tagliata, pickled in spices and grilled, and also dried bresaola beef (Italian bresaola), cut into transparent slices.

The region in the north of Italy has glorified the country for its gastronomic delights. In addition to fine wines, cheeses and other gastronomy, it is in Piedmont that the world famous white truffles grow. Agrotourists who decide to go to this region of Italy will have the opportunity to stay in the agrikols of the legendary “hunters” for delicious mushrooms. If you’re lucky, you can even take part in the search for truffles or visit the famous truffle festival. Fans of “mushroom hunting” should be headed to the province of Lange, where, near the town of Alba, these agro-tourist estates are located.

Agritourism in Piedmont is also a wine tour, since winemaking has a special place in Piedmont. It is Piedmont that is the birthplace of the famous Asti Slumante wine and the wonderful sparkling Prosseco. While serving local Barolo wine, in addition to bread, butter, vegetables and several types of sausages, the guest is sure to be treated with white truffles.

And Piedmont is one of the largest producers of cheese. Indeed, in addition to the recipe, in the production of Italian cheese, one of the key roles is played by the vegetation that feeds animals, and the climate in which cheese matures. Only in this region can you try the real cheeses of Castelmagno, Gongorzola, GranaPadano, Taleggio, Robiola, Bra and TomaPiemontese.

In addition, agri-tourism in Piedmont is an opportunity to swim in hot springs, which the region abounds in. The thermal spas of Piedmont such as the Terme di Acqui, Terme di Agliano and Terme di Bognanco are famous for their sources throughout Italy. 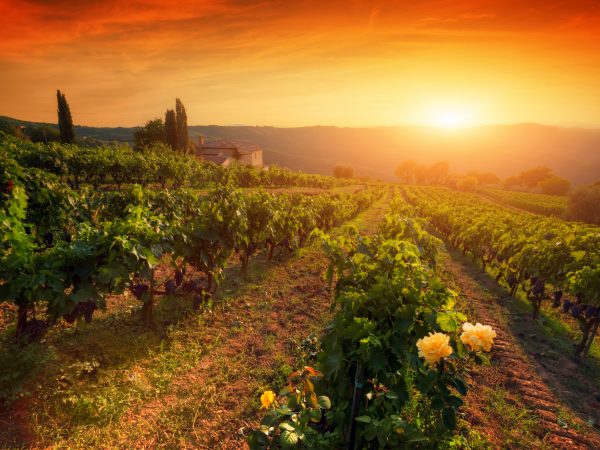 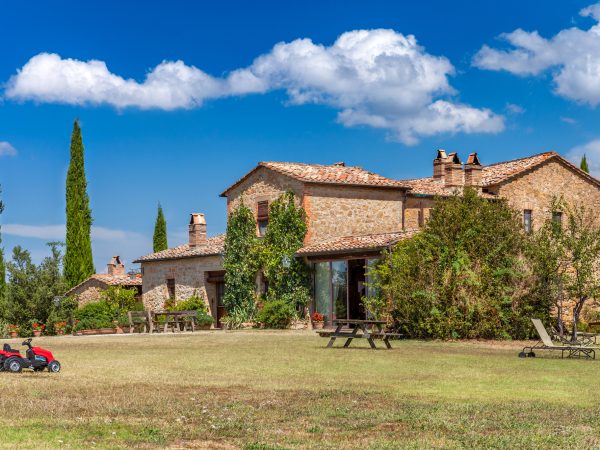 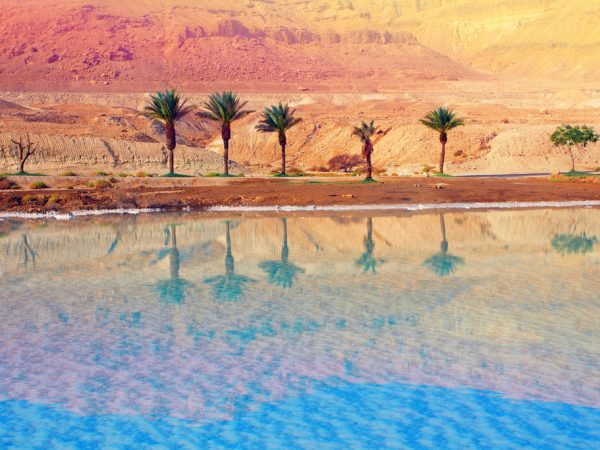 Where to travel in Israel right now? Domestic rural tourism is alive!